It is vital that we achieve carbon neutrality by 2050 to limit global warming to 2° Celsius above pre-industrial levels and thereby comply with the Paris Agreement signed in 2015. The scientific community consensus is clear on this point, yet our economies still heavily rely on fossil fuels with 80% of the world's energy system running on oil, coal and gas. So how can we successfully switch to carbon-free energy and fuels – wind, solar, biomethane, hydrogen, etc. – to address this climate emergency, while also preserving our economic system? Our experts have looked into the role that natural gas can play in the emergence of a low-carbon economy, while also underscoring its limitations.

At first glance, natural gas displacing oil and coal in the power generation and manufacturing mixes seems to provide clear climate benefits as natural gas emits 30% and 45% less CO2 than oil and coal respectively during combustion. Natural gas can therefore act as a key enabler for coal phase-out policies carried out in some Western Europe countries that have signed the Paris Agreement. In addition, through the use of flexible power generation units referred to as “gas peakers”, or CCGTs, natural gas is actively supporting the development of CO2-free, intermittent renewable sources such as wind and solar. Gas-fired plants act as a system back-up and can swiftly respond to peak demand and/or step in to replace missing wind and solar generation.

Natural gas’ contribution to the decarbonization process is real, but limited. It must act as a component of a broader-based policy to transition towards renewable energy, as is the case in Western Europe. By contrast, in Saudi Arabia, the replacement of old, oil-fired plants by state-of-the-art CCGTs has contributed to… releasing oil from the domestic system for export.

Finally, natural gas still emits CO2, while its production and transport also generate methane emissions, which can in very rare cases lead to a more severe climate footprint than oil and coal throughout natural gas’ entire life cycle. If natural gas is to play its part in a completely carbon-free economy, then CO2 Capture and Storage (CCS) techniques should be developed on a large scale by 2030. However, this is unlikely given the progress of projects currently conducted to roll out this technology.

Natural gas will therefore not be the “end point” for a low-carbon economy, but rather a “facilitator”. It can be particularly helpful in the emergence of two carbon-free gases, biomethane and green hydrogen (produced by green electricity-powered electrolyzers), as these two molecules can be injected into existing pipelines (100% for biomethane, 10-20% for hydrogen). This helps reduce stranded costs for current gas infrastructure owners. The currently very high cost is the main obstacle to the development of these “gases for the future”, as they can replace almost all natural gas uses (energy, heating, transport, etc.), without burdening the planet’s carbon budget.

IS GREEN IN THE PIPELINE?

TO FIND OUT MORE

Listen to the podcast, by Ivan Pavlovic, Infrastructure and green & sustainable analyst at Natixis 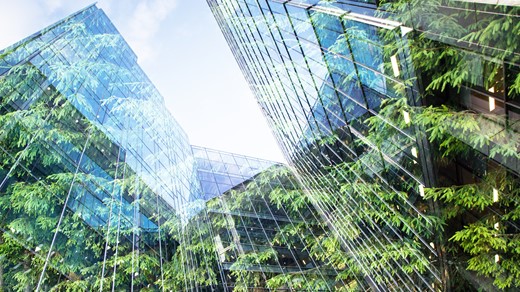 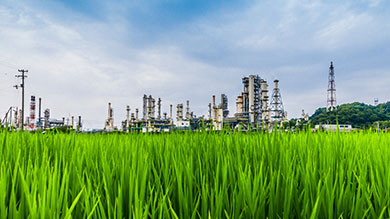 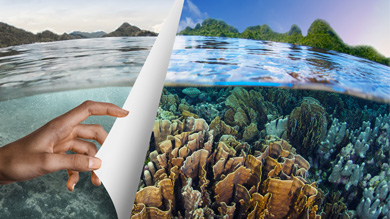