By 2050, the global population will reach 10 billion people. Feeding the world, preventing the depletion of non-renewable resources, and avoiding food waste are key issues to address. Indeed, intensive farming is responsible for the extinction of many different species and habitats and drains 70% of our freshwater resources worldwide. There is a delicate balance to be struck between biodiversity and agrifood: the effects of one action can be seen at every stage of the value chain. To facilitate a more responsible transition, the financial sector is already redirecting its investments in order to limit its carbon footprint. What are the stakes of biodiversity? What are the impacts of agriculture and food production? How can we finance greener and more responsible agriculture? Two experts from asset management companies affiliated to Natixis Investment Managers, respond to these questions in this podcast: Etienne Vicent Head of Quant Strategy & Marketing at Ossiam and Isabelle Pajot, Portfolio manager Thematics AAA Consumer at Thematics Asset Management. 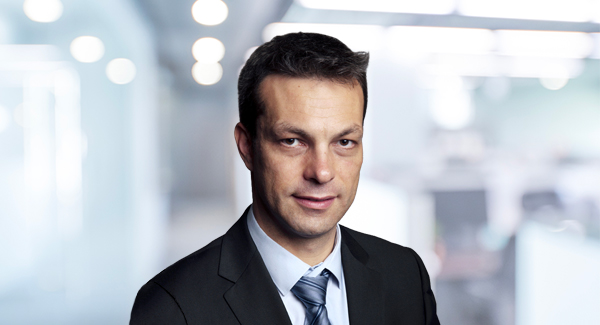 Etienne Vincent joined Ossiam in April 2020. Prior to joining Ossiam, he worked for 16 years at BNP Paribas Asset Management as head of quantitative management, for 3 years as management auditor for BNP Paribas and for 5 years as Interest Rates Swaps trader in Tokyo, Singapore and Paris. Etienne graduated from engineering school “Ecole des Mines”, Paris, France in 1996. 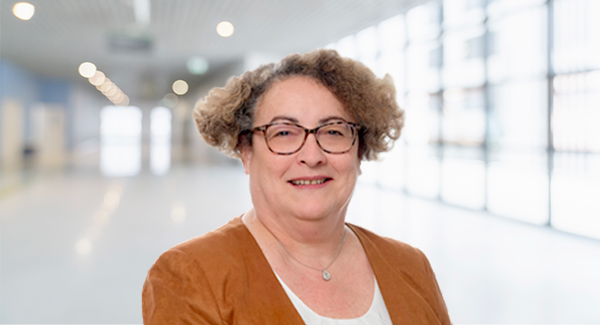 Isabelle has worked as Portfolio manager and Analyst for the last 30 years. She spent 17 years at Axa Investment Managers as a specialist of European and international equities, focusing consumer related equities. She also managed AXA WF Framlington Swiss Equities during 12 years. Before joining Thematics Asset Management in October 2020, Isabelle had been managing both AAA Actions Agro Alimentaire and Ostrum Global Alpha Consumer for Ostrum AM since November 2018. Isabelle graduated from ESCP Europe and is a member of the SFAF.

Biodiversity decline poses a significant risk. According to IPBES 2019 report, the rate of species extinction has accelerated in the last fifty years. One million out of the estimated eight million plant and animal species on Earth are threatened by extinction. More than 60% of wild species have already disappeared in the last 40 years, reports WWF. One of the greatest threats is linked to human activity, notably intensive agriculture and the agrifood sector, which exploits the planet’s resources. The risks are numerous: depletion of resources and quality of habitats, outbreak of infectious diseases, geopolitical risks, climate change etc. The carbon impact of agrifood is huge. It can be measured at every stage of production and distribution. In the latter, we refer to “imported carbon” i.e. the pollution induced by food transportation and exportation.

The agrifood sector has a considerable impact on biodiversity on many levels, be it on genetics, species or ecosystems. For instance, the pollinating role of bees is vital for agriculture. Did you know that without bees, 70 out of the 100 main agricultural resources wouldn’t exist?

Food consumption plays a role in the biodiversity decline. Animal protein production has risen over the last few years. For this, vast agricultural lands are required, for example to grow soy crops to feed cattle. Between 6 and 10 times the number of plant-based proteins are needed to produce animal proteins. This multiplier effect is disastrous when one considers that every 6 seconds, an area of one football pitch of forest is destroyed worldwide. Between 1990 and 2020, 180 million hectares of forest in total have been lost, an area three times the size of France. To put a stop to “imported deforestation”, the European Commission implemented a new regulation in November 2021, which bans sales in the EU single market of the products of forest clearing and degradation. It concerns soy, palm oil, cacao, coffee, beef, wood, and by-products like leather or furniture. Aside from deforestation, soil protection and access to clean water are also among the main challenges addressed by sustainable agriculture. 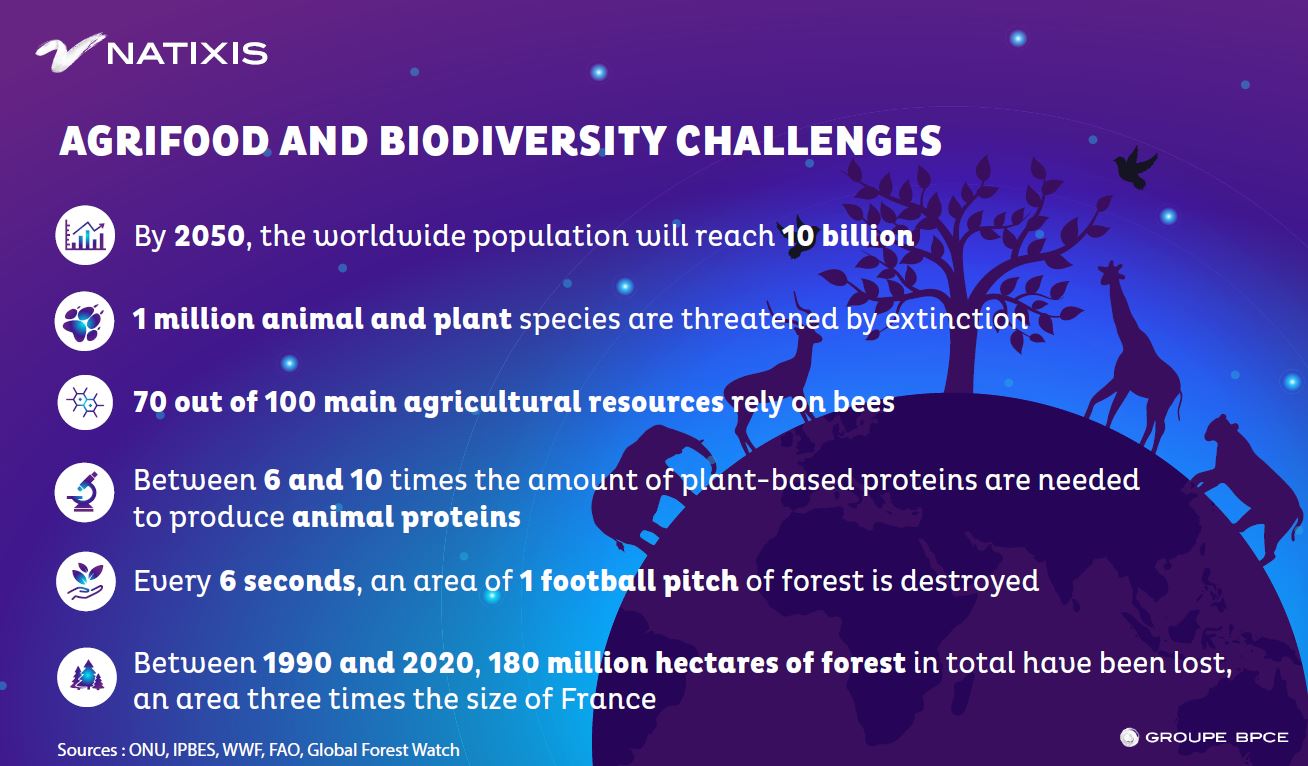 Agrifood is a limited sector in terms of markets capitalization. Yet, many stakeholders such as producers, distributors, companies, and large corporates are implicated.

There are specialized funds with different approaches aiming to meet the various investment requirements. Among them, thematics funds, like Thematics Asset Management, gather companies and large corporations related to food consumption, production and distribution sectors. Long-term trends, including changing demographics and consumer habits and technological innovations, are considered when selecting companies’ portfolios. To offer more ethical funds, a careful selection of companies is carried out in accordance with extra-financial criteria, by analyzing their environmental, social and governance (ESG) strategies and policies. This process urges large corporations to work on their packaging for instance to prioritize new containers or to achieve better material recycling.

Other funds offer a defensive approach based on indicators of the impact on biodiversity. For example, Ossiam is partnering with a French start-up, Iceberg Data Lab, who created a biodiversity measure of the companies’ stocks in financial markets. On this basis, they build a portfolio, which minimizes the direct impact of food production on biodiversity. There are several responsible investment approaches in the agrifood sector which offer customized and long-lasting solutions to investors.

Encouraging Everyone to Adopt Sustainable Practices

Everyone can benefit from responsible agriculture. To begin with, food producers and distributors can adopt a more ethical approach with healthier products for consumers and for the planet. For example, supply chains are now promoting more and more plant-based proteins instead of animal proteins to reduce the carbon impact which comes from meat production.

Then, asset managers can guide companies and large corporations to address their ESG topics through general assembly voting, lobbying, collective groups, or regulations. These actions urge them to create concrete and measurable plans of action in line with ESG objectives.

Finally, consumers’ commitment and behaviors are changing in favor of more ethical, organic, and locally sourced produce. Collective awareness has developed since consumers are concerned with their well-being, environmental protection, or even a better distribution of resources.

Biodiversity is crucial for profitable agriculture, which respects the environment.