How can Europe make it back into the race to growth?

Joe Biden recently announced a vast stimulus program of $1,700 billion, and if adopted, this Build Back Better program will seek to bolster manufacturing output and jobs in the United States by creating more than a million jobs. The entire program is geared to making the US economy net carbon zero out to 2050. How can Europe, and France in particular, react in the face of this colossus? Can – and should – member states aim for equally ambitious program figures at a time when the European Commission president Ursula von der Leyen has already pledged to a €750 billion recovery program? Jean-François Robin, Head of Research at Corporate & Investment Banking, Natixis, looks at Europe’s strengths and weaknesses.

Can Europe rival with Biden’s vast program in the United States?

It is important to compare like with like. Public spending in France amounts to 63% of GDP, and the economy remains heavily tied to public interventionism. This contrasts sharply with the United States, where this expenditure equates to 24% of GDP and social protection mechanisms – such as part-time working job retention programs and minimum income – do not exist in the same way as in France. Joe Biden’s program therefore shifts the US economy to align more closely with the set-up in France and Europe. It would make no sense for France to add an additional 25 points of GDP in spending, as so-called social shock absorbers already exist.

Meanwhile, the other contrast between the continents is that this public spending is a permanent budget item in French and European GDP, while it is set to disappear very soon in the US, with stimulus checks for households poised to come to a halt in September for example: the economy operates more on an on-off basis, whereby an exceptional or unique program is rolled out temporarily. It is also important to keep in mind that the US program is a 10-year plan, with a hefty portion not yet rolled out or even approved if we take the example of the infrastructure plan. Conversely, in Europe, member states have already started to shell out to fund the recovery plan.

Should France do the same, for example by handing out stimulus checks to households?

This component of the Biden plan as it stands is not warranted in France: there are no issues with demand, and consumer spending shed only 10% during the lockdown period. Meanwhile, in May and November 2020 when the economy opened again, consumer spending instantly normalized. There is therefore no need to boost demand, primarily due to surplus savings of €165 billion built up in France over 2020 and 2021. A great number of initiatives have already been launched in the country as part of the French government’s recovery and digitalization plan: 30% of the €100 billion earmarked has already been pledged and the government continues to shore up companies by upholding or maintaining support mechanisms, such as part-time working job retention schemes, solidarity funds, loans, etc.

Can other aspects of the plan inspire member states?

The United States is set to notch up 7% growth in 2021 on the back of the federal spending program, while in Europe we expect 4.4%, with 5% or even 6% for France. Overall, the Biden plan is set to spread out over almost a decade. The Infrastructure dimension in particular is very attractive and is worth comparing with European and particularly French strategies. France Relance (website in French), the support plan presented in September 2020, sets out a roadmap to build the France of 2030 from economic, social and ecological perspectives. The goals of the program are clear – forge ahead on the ecological transition and digitalization, housing renovation and the migration to 5G. In this respect, it is crucial to recover lost ground and also step up training programs, green investments and ramp up our production of batteries and new-generation semi-conductors for example.

Can France operate alone, or does it need European support?

We are much more effective when we pool our strengths and resources. The aspects of the stimulus program dealing with the production of batteries and semi-conductors, and the development of a carbon tax can only effectively emerge at a European level. Of the €100 billion earmarked in the France Relance plan, 40% will be financed by Europe. In this respect, this plan is a first step to a European fiscal policy.

Are these beginnings of federalism an asset for France and Europe?

We are in a situation where the European dimension is crucial. If Europe wants to be in a strong position against China and the US in the areas of digitalization, hydrogen and semi-conductors, not to mention military aspects and cybersecurity, it needs to stand united.

What are the best cards to play for France?

A great deal remains to be done. We have the brainpower, but we lack the production capacity, so it is crucial to build or rebuild our industries. We can of course draw on our own strengths: in the hydrogen industry, we have the world leader in France, Air Liquide; looking to vehicle electrification, Renault and Peugeot harbor strong potential. However, it will be vital to pick up the pace on renewable energy, photovoltaic, hydroelectric, as well as wind power, where Spain and Germany have fired ahead. Meanwhile there is hefty demand in the semi-conductor industry, so the development of a European industry built on the strengths of the Netherlands-based world leader ASML would be a major advantage. 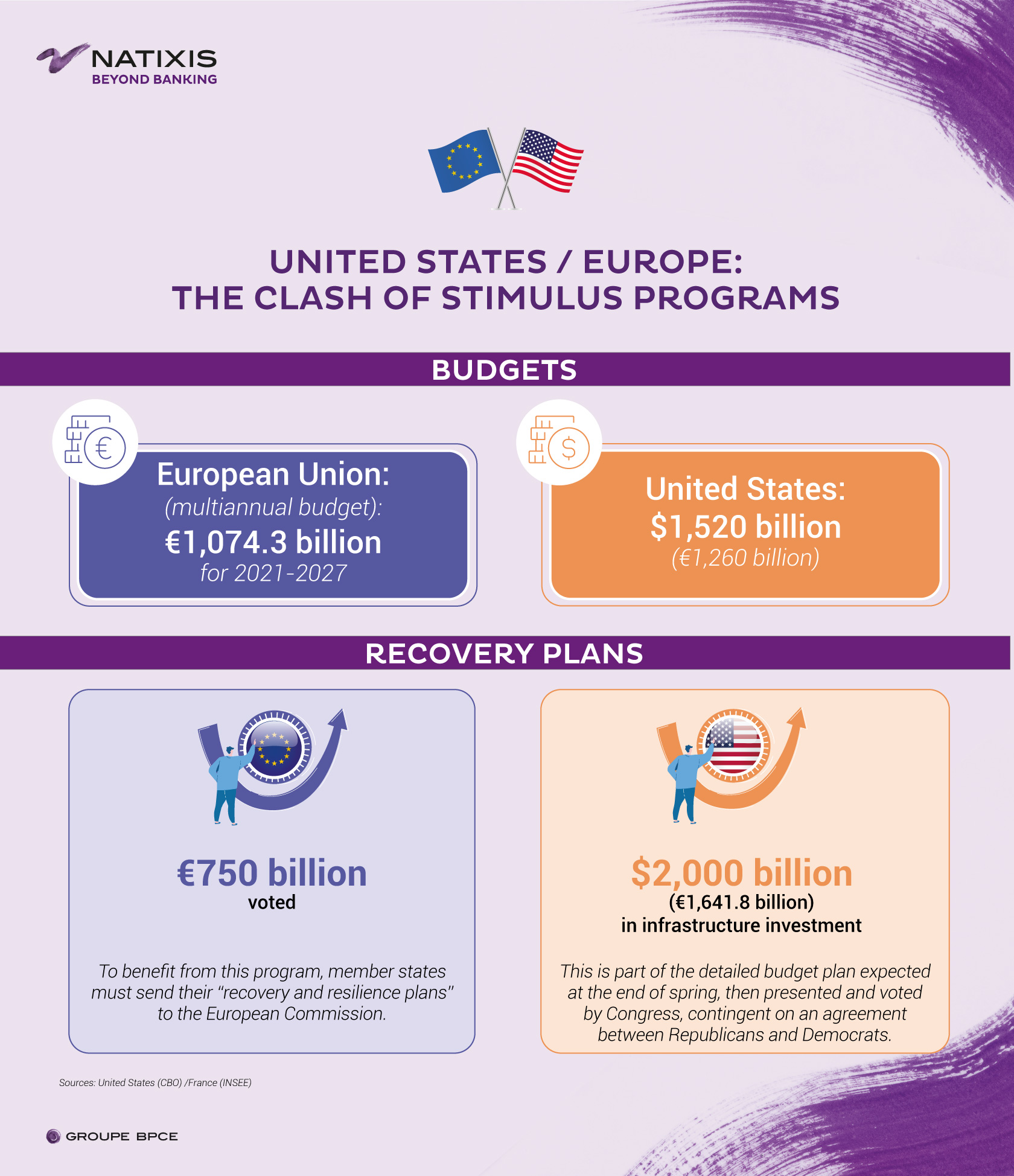