Charles Pépin's interview: "Reinventing community as a union, not just the sum of its parts"

Can the crisis we are experiencing help us revisit the idea of community? Philosopher Charles Pépin thinks it’s possible – if we are determined.

Can the crisis we are currently experiencing give fresh strength and meaning to the idea of community?

Charles Pépin pour NatixisCharles Pépin: There are two answers to this question. One is progressive and in some ways Christian, and sees this crisis as an opportunity to build our collective future, while the other is more “tragic” and looks to pre-Platonic Greece, suggesting that we always come back to the same issues, that we are prisoners of an inescapable cycle, with no prospect of progress.

I personally feel torn between these two interpretations. On the one hand, I “want to believe”, but in a lot of respects I cannot help but see that the world still remains dictated by individualism. We are probably all a bit torn by this hesitation, and social media fully reflect this: on the one hand awareness of the need to think and act together, and on the other, continued individualist and egocentric attitudes and behavior.

What do the unprecedented extent and nature of this crisis show us?

C.P.: In 1918, the Spanish flu took two years to reach part of Europe, while today pangolin soup eaten in Wuhan has affected the entire world in a matter of weeks. Yet History shows us that major anthropological change has never been driven by pandemics, no matter how huge they were, but rather by scientific and industrial revolutions.

Like philosopher François Jullien, I believe that human transformations are silent, that they take place by sedimentation rather than radical upheaval. In philosophy, a crisis is defined as fracture in real life, which enables us to understand its origins. For example, the subprime crisis highlighted the existence and the shortcomings of the over-financialization of the economy: this has admittedly not been truly transformed, but the system for regulating the finance industry has been bolstered. The Covid-19 crisis will also have an impact as it is a crisis of unprecedented proportions.

How can philosophy be useful here?

C.P: Philosophy can tip the scales in favor of collective affirmation by helping promote a different vision of community i.e. not just the sum of a number of parts – in this case the sum of a number of individuals – but rather as the embodiment of the mystical experience of togetherness. I use the term mystical here as there is something of the mystery in this idea that the group is greater than the sum of its parts, from collective adventure to shared destiny.

I am nothing in my own individuality, what makes me human is to seek to be with others

Can this collective trend also take shape in companies?

C.P.: Rousseau said that the ideal form of togetherness was not aggregation but rather union, as aggregation is enforced from the outside, while union comes from the inside. In a company, community is first based on aggregation in an artificially created organization, but it can also become a union, if individuals – in this case employees – want to create it. Just like in a Republic, citizens can exercise their wish to live together.

This crisis, when we have been separated yet together – which is quite a paradox – helped us realize that we are fundamentally connected by a shared and planet-wide experience. This realization has been enforced from the outside i.e. by the virus and the devastating health effects it has had, so the challenge now will be to direct this community of interest. But this has to be a voluntary step, and we need to learn to want what was initially an enforced situation.

What can drive this motivation?

C.P.: There are two ways to consider this drive for togetherness. The first is idealistic and involves looking at the situation from above, with a higher goal, such as the survival of our species, or the transcendence of values. The second is perhaps more pragmatic and takes a more basic approach i.e. “I am nothing in my own individuality, what makes me human is to seek to be with others”.

The philosopher Alain said “to be is to depend”. We live in a time when self-esteem, self-image and independence are valued, and the corporate world also very definitely carries these messages. So there is a real semantic distortion, as we are fundamentally and essentially dependent beings, and the beauty of existence is dependence. 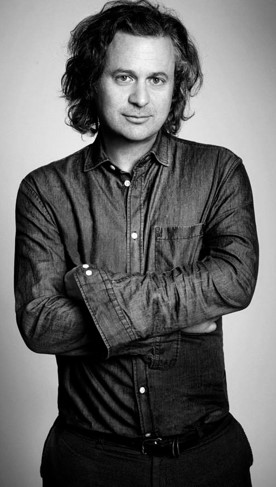 Charles Pépin is a qualified philosophy professor at SciencesPo and has written several books: the latest La Confiance en soi was published in French in 2018 (Éditions Allary) and the English version Self-confidence: a philosophy was published in 2019.

In 2019, Charles Pépin gave a remarkable lecture at Natixis on the theme of Trust. We warmly thank him for agreeing to provide us with his insights today. 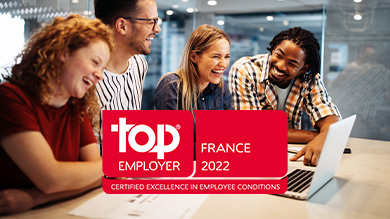