Women scientists: past, present and future

The Women in Science event that took place at Sorbonne University in Paris on May 21 was an opportunity to honor women who work in science. After the event, two award-winning women scientists shared their views and beliefs about the role women play in science.

We spoke with Nicole El Karoui, professor emeritus of Applied Mathematics at Sorbonne University[1], former professor at École Polytechnique, founder in 1990 and joint head of the Probabilities and Finance Master program at the Probabilities, Statistics and Modelling Laboratory (LPSM)[2], and member of the Scientific Committee of the Natixis Foundation for Research and Innovation, and Pauline Barrieu, professor of Statistics at the London School of Economics and Political Science (LSE), and 2018 winner of the Grand Prix Louis Bachelier Natixis – French Academy of Sciences. 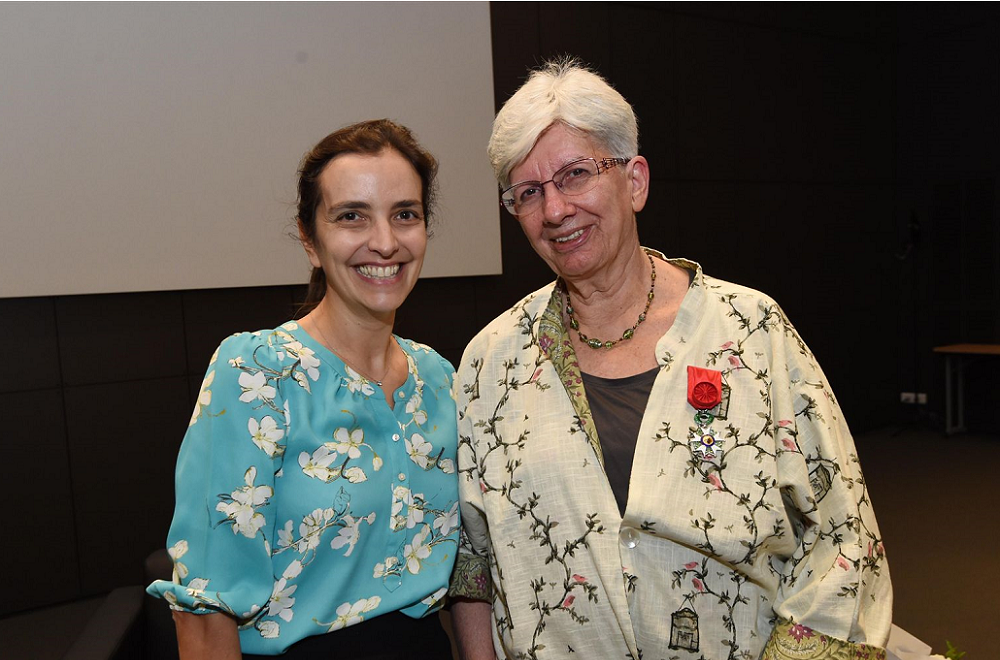 Pauline Barrieu and Nicole El Karoui at the Women in Science event in Paris on May 21, 2019

Why did you choose a career in Mathematics?

Nicole El Karoui: I didn’t set out to study Maths because I leaned more towards Literature and I was hesitating between Maths and Philosophy. In the end, I decided to go to a scientific preparatory school (“prépa”)[3] even though there were only three girls out of 40 boys in my year. We were told that Maths is not for girls, but I persevered because it was a lot more interesting than what we had studied in high school. Actually, I really fell in love with Maths when I did my DEA post-Master’s degree in Probability. I was amazed that Maths could evolve out of random events. But doing research in this area was another thing altogether. The fact that several of us started out on this road – one girl and two boys – was a turning point for me.

Pauline Barrieu: I have an unusual and varied background. I never sought to specialize in anything. You could say that life chose Maths for me. And the people I met along the way nudged me in this direction. After getting my Scientific baccalaureate, I didn’t know which prépa to do because I loved all my subjects. I discovered financial markets at the ESSEC business school where I met Patrice Poncet, one of the Professors, who recommended that I do the DEA[4] run by Nicole El Karoui at the Paris VI University. I attended some eye-opening classes at Paris VI with Pierre Priouret and Nicole El Karoui. They brought me so much and guided me towards my Ph.D thesis.

What do you think about the place of women today in financial Mathematics?

Nicole El Karoui: I need to qualify my response at several levels to answer your question. Firstly, there’s the aspect of training. While France enjoys the honor of being the place where it was mainly women who set up the Masters in Probability and Finance program, there are now no longer any women heading up these training programs.
One of the reasons for this is the sharp decline in the number of women mathematicians, especially at the university professor and research director levels. It’s been even worse for financial mathematics after the crisis, which portrayed a very negative image of finance. We need to think long and hard about training women in this field because the traditional paths (like prépa classes) are too gender biased.

Pauline Barrieu: Today, women enjoy better recognition of their place in the Mathematics world, but I agree with Nicole: there are still not enough of us, nor are we visible enough. The issue is one of diversity in the widest sense of the word – it’s about gender, of course, but I’m also talking about things like diversity in fields of study and cultural diversity. Diverse profiles and backgrounds in science enhance the approaches we take and the work we do.

How can we stimulate career interest in women students?

Pauline Barrieu:Women students need role models and female scientific figures to model themselves on. Speaking personally, Nicole El Karoui was my “academic mom” and she was an inspiration to me, both professionally and personally.

Nicole El Karoui: To my mind we should concentrate on three priorities: show students the wealth of job choices and professions that use Maths, present women role models and introduce a pro-active recruitment policy for young women in schools and science-based university courses. In fact, we need to take action a lot earlier, in primary school, by showing children in the media that science is not just about counting and that it doesn’t stop at being a doctor.

What do you want to say to the young girls and women who are thinking about working in scientific fields?

Pauline Barrieu: I’d tell them that there is no such thing as a “one-track” profile! You can be a scientist and still love literature and social sciences. I’m the living proof! We can all take different routes and still arrive at the same destination. It’s precisely the different paths that people take that is so enriching. I’d also like to say that Maths can be a lot of fun because it helps us understand the world and question how it works.

Nicole El Karoui: Girls, there’s a place for all of you! We need scientists and especially women. There are jobs because science is everywhere. More than ever before, science is useful to our society. By choosing science, you can make an impact in a world where digital disruptions are manifold. You can do it: you must believe in yourselves!

Nicole, in your opinion, what are the qualities necessary to forge a career in Mathematics?

One thing’s for sure, they’re the same for girls and boys! Two qualities stand out: curiosity and the desire to understand. Mathematical research requires the ability to take a step back from problems and the world. But this is equally true for all areas because it helps you anticipate changes in your environment. The jobs you can do with Maths are so diverse and varied that it’s very easy to change career path if you want to. You need to be curious to explore all the possible openings in order to find your chosen career in Maths.

Pauline, in 2018 you won the Grand Prix Louis Bachelier – Natixis prize for your work in mathematical modelling for coping with risk in an uncertain environment. For the lay people here, can you tell us a little about your work? How does it reflect the problems of our era?

First, let me tell you a story: when I first got the email saying that I was the prize-winner, I thought I’d been spammed. See what I mean? It’s hard to shake off feelings of unworthiness and self-censorship!
As far as my work is concerned, I’ve always been fascinated by the degree of trust placed in decision-making models elaborated in an uncertain environment and by people with different profiles and points of view. It’s clear that the more you include uncertainty and exogenous factors in your models, the more robust they become.
The questions and problems of our time cover many disciplines and that’s why a multi-disciplinary approach is important in my work. Thought thrives on the inclusion of different approaches. 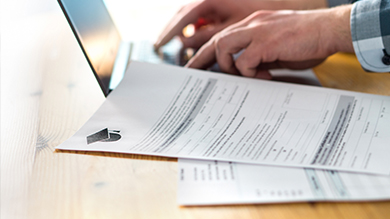 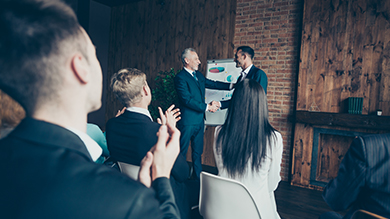 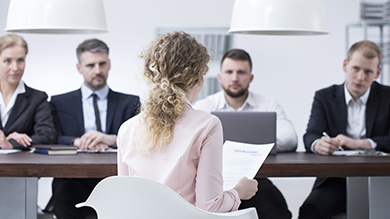 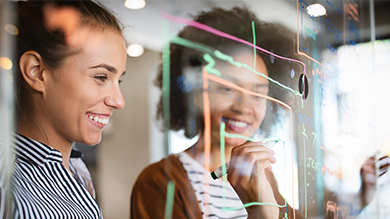 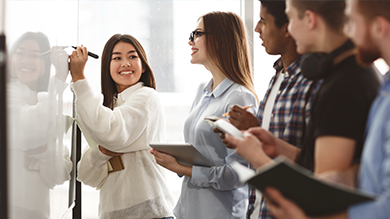