BREXIT: What to expect from a 4th attempt?

Third attempt, third failure: once again, Theresa May couldn’t get her plan accepted by Westminster. If a fourth attempt occurs and is rejected, what are the two scenarios to come?

René Defossez, UK economist and Fixed Income strategist explains you his analysis through our new dedicated podcast channel to discover. 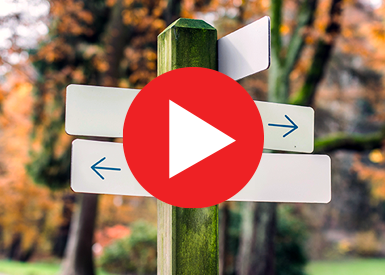 Third attempt, third failure: once again, Theresa May’ plan has been voted down by Westminster.

But this time, she lost with a significantly smaller gap than in the last two attempts, by only 58 votes, against 230 and 149 the first and second attempts. That is why she apparently intends to propose her plan a fourth time. The vote could take place as soon as tomorrow according to some rumors. But that supposes that the Speaker of the House agrees, which is uncertain. Indeed, John Bercow had made it clear that the text that has already been presented to the Parliament cannot be submitted again to members unless there are substantial changes.

Mathematically, it is really very difficult to say if Theresa May can still win: it is not clear what kind of arguments she could add to convince the DUP, MPs and some ERG members to vote in favor of her plan.

She has already done almost everything she could to convince the MPs: on the one hand, she has offered her resignation if MPs vote the withdrawal agreement, she dangled the threat a soft Brexit, or no Brexit at all. On the other hand, she brandished of a hard Brexit, a disorderly break-up. The main stumbling block in this withdrawal agreement is still the backstop on Ireland, which could force the United Kingdom to remain indefinitely in the Customs Union, and therefore prevent it from sticking trade deals with other countries.

For their part, as of today, British MEPs will once again try to propose an alternative plan to Theresa May’s.

Last Thursday, none of the eight options secured most votes. Some of these options including the Customs Union got a very decent number of votes. Will they succeed this time? It is very difficult to say but the result of the first attempt leaves little thoughts for optimism.

One could imagine a third road, which could consist in building a coalition between the various Westminster parties around a customs union-type project. But such an initiative on the part of Theresa May would explode the Conservative Party, knowing it is already in danger.

What should we expect now? It is obviously impossible to answer this question, and we can only make a series of hypotheses.

First, if eventually Theresa May’s plan passes, the United Kingdom will leave the EU on 22 May, one day before the European elections, and will enter a transition period that will last until December 2020 but which could be extended.

If this fourth-time plan is once again rejected, there are several possibilities:

Option 1: Members agree on a plan B. They can oblige Theresa May, by means of a motion, to negotiate it with Brussels.

Second possibility: Members do not agree on a plan B, and in this case either we go towards a no-deal Brexit on April 12, or we go towards a no-Brexit, or towards a long extension of Article 50, and there again we have plenty of possibilities: we can have general elections, a second referendum, perhaps even new votes on T. May’s plan, or a revocation of Article 50. And if there is a long extension, the United Kingdom may well be obliged to participate in the European elections, which would be unlikely to please the Brexiters, and which would be even quite funny, if the extension does exceed the end of the year, since British MEPs would sit only for a few months, but would participate in important votes.

In short, less than two weeks from the first possible date for Brexit, political chaos remains total. This situation is obviously worrying for businesses, which still have no idea of the nature of future relations between the United Kingdom and the EU and has already cost the British economy dearly.