More than 500 clients, media and other stakeholders attended the Natixis IM Summit on November 7 at the Palais Brongniart in Paris.

The New Geopolitical World Order was at the core of the day which included numerous debates.

“The image we want to project is a differentiated approach to investment management: opinions, different perspectives, a confrontation of ideas and, of course, the long-term perspective for the benefit of our clients”, said Jean Raby, CEO of Natixis IM, in his opening remarks. 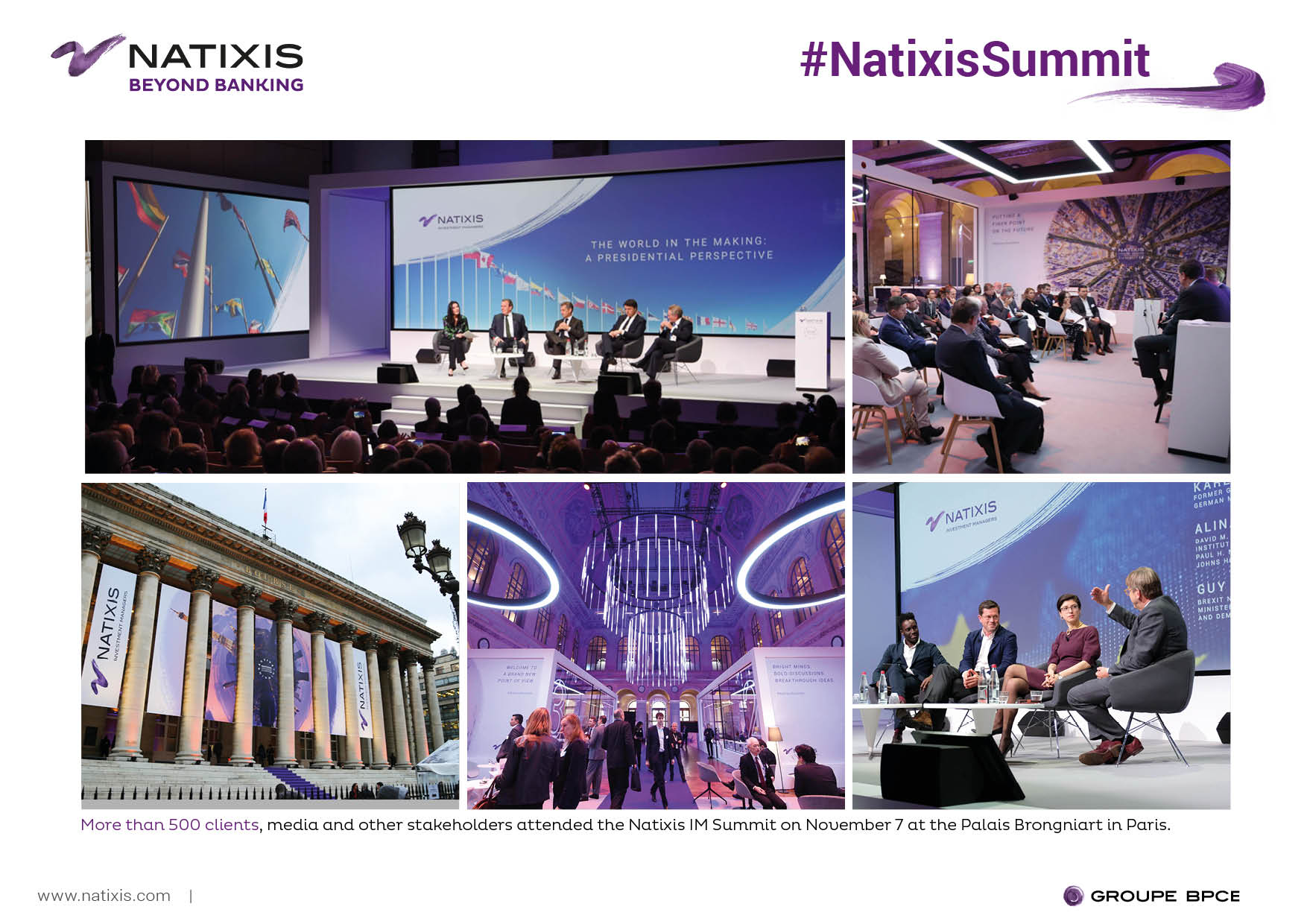